Safeguard Your Home Against Burglars 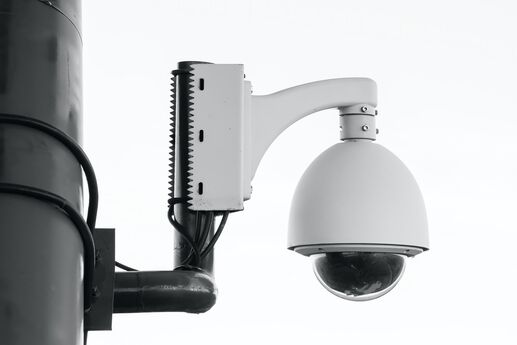 If you lock yourself out of your house — and almost everyone has — is it easy to get back in? If so, your home is a burglar’s dream.

One home is robbed every 15 seconds in the United States, according to the FBI. Most burglaries occur during the day when the owners are absent, and the break-ins require but one minute. 70 percent of robberies involve forced entry. The remaining 30 percent is made up of a combination of overly-trusting souls and those who simply forget to lock the door or latch the window.

Luckily, spoiling a robber’s day is simple, as your garden-variety thief moves on if breaching your defenses requires more than a couple of minutes.

Experienced burglars seek to remain hidden. Remove that ability by following what police call the “3-7 Rule.” Prune shrubs so they’re no more than 3 feet high; prune trees so limbs are 7 feet above ground.

Short, thorny bushes planted alongside your home, especially under windows, are the bane of an intruder’s existence. Prowlers further detest small, crunchy gravel that makes enough noise to give them away.

Lights should illuminate doors and windows. Situate some lights so they shine through the upper limbs of trees.

Hollow-core doors are acceptable inside a home, but are worthless for external security. Exterior doors should be solid wood or metal clad, fit firmly in their frames, and be at least 1 3/4-inches thick. Investing in a metal doorframe frustrates burglars to no end.

Many people secure sliding glass doors by placing a broomstick in the bottom track. It’s a good idea, but sliders are easily lifted/pried off their tracks. Eliminate that risk by drilling three holes in the upper track and installing 1 1/4-inch, large-head, sheet metal screws. Twist the screws until the sliding door barely clears them.

Windows to the World

Dedicated burglars can always break glass, but most prefer to avoid such raucous noise. They know almost all windows are secured by flimsy latches, which is why you should install keyed locks. Don’t put keyed locks on the windows in rooms where children sleep (in case of fire). Instead, secure them in the same manner as a sliding glass door.

A garage door is a weak point in home security, and automatic garage door openers tend to work on similar frequencies (making hacking easy). Latch your garage door manually. If the door lacks a manual latch, have one installed.

Lock Before You Leap

Standard doorknobs come with a simple spring-lock, easily jimmied or bypassed (with screwdriver or credit card) by even amateur crooks. Install a double-cylinder deadbolt lock if your exterior door features decorative or breakable glass located within 40 inches of the lock. A single-cylinder deadbolt suffices on doors lacking glass.

While you’re working on the door, install a heavy-duty strike plate in the doorframe. This is held by six 3-inch wood screws, in contrast to regular strike plates that feature only two 3/4-inch screws. For best results, the bolt must extend at least an inch into the doorframe, and be constructed of case-hardened steel.

Why You Should Buy a Jack Russell Terrier

Nothing bothers burglars more than the sound of a barking dog in the house. Oddly enough, based on police reports, homes with large dogs are robbed more often than those with small, yappy ones. Large dogs are frequently more trusting and relaxed than their smaller counterparts, and few canines are more noisy and protective than the venerable Jack Russell terrier. They will not shut up if a stranger is prying at a window, and have a volume that belies their diminutive size (plus, Jacks are just a whole lot of fun to have around).

Social media may be a facet of your daily life, but don’t rush to post news of upcoming vacations and weekend getaways. You never know if online acquaintances or “friends of friends” moonlight as robbers. Further, don’t post pictures of yourself on a faraway beach until you return home. While away, send photos in private e-mails to family and trusted friends only.

Have neighbors pick up your mail/newspapers (or put a hold on service) if you’re on an extended trip. Also, set your lights on timers that will switch on and off at random times.