How to Mount a TV 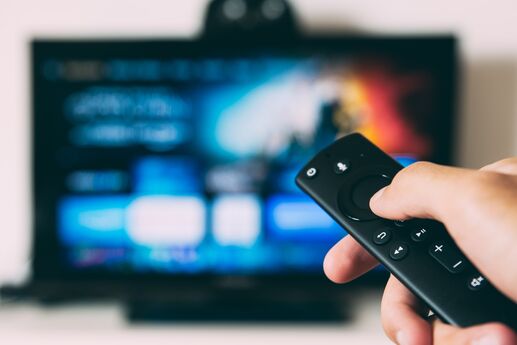 The centerpiece of any home entertainment system is the television, and a perfectly mounted flat-panel TV can enhance your system’s entertainment value while creating a clean, modern look.

TV mounting takes about an hour. For the most part, this is a one-person operation, but it’s safer for your back and your television to have a helper.

Here are the tools you’ll need:

There are three major types of TV mounts: flat, tilt, and tilt and swivel. The flat mount is just that — a bracket that mounts flat to the wall. It’s also the cheapest, starting at $20, and can go up based on the size of the TV. The heavier the TV, the more expensive the TV mount.

A tilt mount allows you to adjust the television up and down once it’s been mounted. This lets you make minor adjustments for optimal viewing. Tilt mounts start around $40 and go up as the size of the TV increases.

A two-arm tilt and swivel mount allows you to move the television up, down, and angled left or right. It is similar to the tilt mount, but has the added benefit of angling toward another viewing area — a kitchen, for example. These are the most expensive mounting brackets and cost $100 and up, depending on the size of the TV and the degree of tilt and swivel desired.

Mount the bracket to the TV using the screw holes already in the back of the unit. The location of the holes will vary with different TVs, so this will influence where you mount the wall bracket. Make sure the open ends of the hooks face outward, as these hooks are what will hang the television on the wall mount.

Next, locate the nearest studs with your stud finder and use the drill driver to make pilot holes into the studs. Using a socket wrench, put in one of the top right screws first, then use a level to bring the left side of the bracket up to level, keeping it in place while you put in the top left screw. Install the rest of the screws to stabilize the mount.

Have your assistant help you lift the television into place. Maneuver the TV so that the hooks on the back of the unit hang from the top of the wall bracket. Then adjust the TV as your mount allows. Voila!

To hide the wires behind the wall, cut a circle from the wall 2–3 inches in diameter using a drywall saw or a jigsaw. Cut a similar hole down below near the outlet. This is the cleanest look, but if you rent, you’re going to want to save those sheetrock circles so that you can replace them when you move out.

There is a less-invasive way of hiding the wires, using a cable channel or raceway, which is essentially a plastic housing that resembles molding on the wall. Use the small brackets included to tack the wires in place, then click the plastic housing into place over the brackets (and wires). You’ll spend $20–$30 on the housing, which can be painted to match your walls.