How to Install a Dimmer Switch 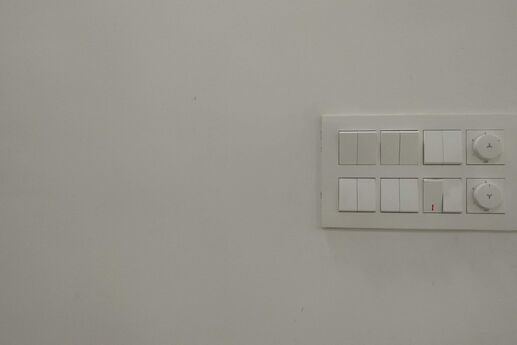 Installing a dimmer switch gives you the power to select from a wide range of lighting variations — whether it’s subtle mood lighting or bright task lighting. The best part is that a dimmer switch is quite inexpensive and installing it can be done in a matter of minutes.

A dimmer is designed to replace standard single pole and three-way switches in your home. This energy-saving device is ideal for use with light fixtures, switched outlets, sconce fixtures and cabinet lighting. Just about any room in your home could benefit from a dimmer switch.

Step 1. Turn off the power at the circuit breaker box.

Step 3. Verify that the electricity is off by touching the bare ends of the wires connected to the side of the switch with the leads from a voltage tester.

Step 1.  When necessary, strip the ends of each wire from both the switch and the electrical box to remove about ½-inch of insulation.

Step 3. Position the switch back into the electrical box carefully and secure using two mounting screws. Install the cover plate. Be sure everything is secure, turn the power back on and test the switch. Now you’ve got the power to dim and brighten the light in the room.

Tip: Take a photo or draw a diagram of the wiring before disconnecting the old switch.

Warnings:Use extreme caution when working with electricity. If you are unsure or apprehensive, hire a licensed professional to install the switches.

Dimmer switches are not intended for use with fluorescent lighting.

Dimmer switches are not recommended for use with a ceiling fan.